The painters’ styles fall under a style called realism, which captures, and often subtly twists, reality.

Derrick Dale Johnson had a three-part painting on a wall of the gallery, “Figures in a Landfill.”

The painting shows, among other things, a naked Paul Martin in a bathtub with a cigar-smoking beaver, William Lyon Mackenzie King holding a crystal ball while a dog relieves itself on his leg and a bottle-wielding John A. Macdonald carousing on a train—all in the landscape of a garbage dump.

Nova Scotia’s minister of culture, Tony Ince, praised the gallery. Reading a prepared speech with a glistening brow, Ince apologized to the audience each time he reached the end of a page.

Ince later yelled in recognition as he discussed Johnson’s three-part political painting with other gallery-goers.

“I can’t believe how big this opening is, it’s amazing how many people are here,” said co-curator Peter Dykhuis.

The gallery was filled with coffee-smelling people wet from the downpour outside; travel through the gallery happened mainly with elbows.

“I have never been so happy to see rain,” said Dykhuis. “You can drive through it. You don’t have to shovel or plow it. It’s a very polite form of precipitation.”

The show gathers the works of 29 painters from around Nova Scotia who make art sometimes so realistic it’s hard to remember someone painted it.

“From the artist’s perspective, we do kind of kid ourselves every once in a while about this connection and friendship we have with one another. But, as artists, we respect one another,” said Paul Hannon, an artist showing a painting of a pizza place on Inglis Street. “We know the joys and the struggles inherent in this work.”

“I once shared a cab with a woman who was a performing singer, and she said to me, “at least you’re not in a profession where you have to make it in your own lifetime’.” He chuckled.

Capture 2014 will be at the Dal Art Gallery until March 9. 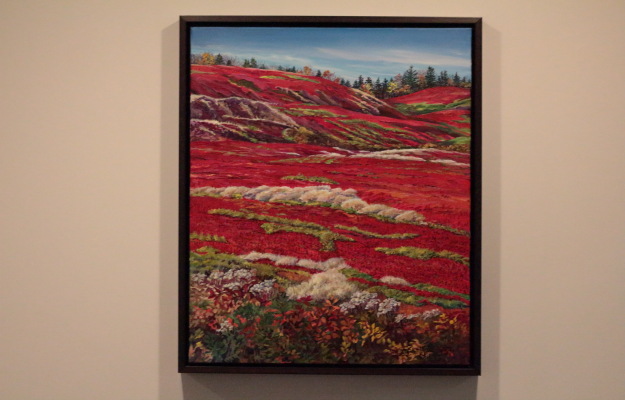 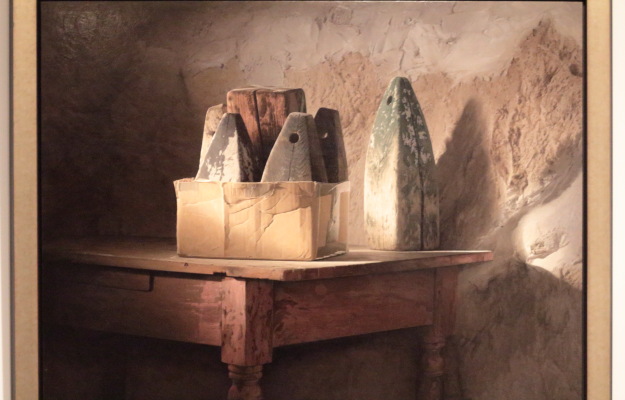