The Dalhousie Student Council is reviewing a proposal to instate a referendum for levied societies at a meeting next Wednesday. If the motion passes, a referendum would be held every five years for students to vote on the levies they pay to the societies. 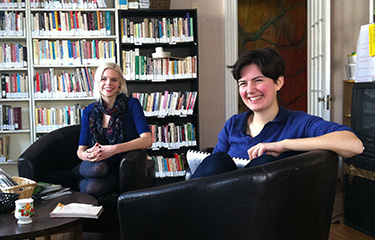 Currently, in order for a society to receive a levy — a fee added to a student’s tuition — students must endorse the society in a referendum. Once the society has reached levied status, a secondary referendum is only required if the society wants to raise the levy. Otherwise it keeps its status and the fee continues.

“The questions we have right now,” says Aaron Wolf, DSU’s internal vice-president, “is should we require societies that are levied, to pass a referendum every five years?”

The referendum requirement would force societies to prove they have student support.

“We want societies to be relevant to students,” says Wolf. “We want to make sure that these societies are doing things that students want them to do. And, at the end of the day, if a society isn’t benefitting students, they shouldn’t be getting student money.”

But for the societies involved, a referendum every five years would weigh heavily on their limited resources.

The cost in services

Many of the societies are solely dependent on the money they collect from students.

Other than a few community donations, all of the funding for South House (formerly the Dalhousie Women’s Centre) comes from the levy students pay, says Jean Ketterling, the centre’s administrative and volunteer co-ordinator.

“The amount of person-power and money that goes into running a referendum is huge. It would definitely impede our ability to move forward as an organization and provide services for students,” she says.

“You’d see a drop in everyone’s services every five years,” she adds. “There’d be no progress in that year. We’d be held back. And that impacts students. Ultimately it hurts students, it hurts the people we’re trying to help.”

The newest society to reach levied status, the Loaded Ladle, probably wouldn’t survive, says Alice Boudreau, a member of the society’s board. The small soup kitchen is completely dependent on the levy. It receives $2 from each full-time student and $1 from every part-time student, adding up to around $30,000 annually. That may seem like a lot of money, but it just covers the running costs of serving up free lunch for students twice a week.

“We’re trying to grow and have more servings a week,” says Boudreau. “Having a referendum would be like hitting the restart button every five years. I don’t think we have the energy or capacity to handle that.”

With the highest levy at $9 per full-time student, campus radio station CKDU has held levied status since 1985. This year it received $140,000 from Dal students and $10,000 from King’s students, making up more than 80 per cent of its operating budget.

Gianna Lauren, the station coordinator, says that even though a referendum “wouldn’t change the nature of what we do — we will continue to provide opportunities for anyone that walks through the door.” The amount of resources and staff that a campaign would take every five years would be “devastating.”

It comes back to relevancy, “Can we rely on decisions that were made 20-30 years ago?” Wolf asks. The Dalhousie Gazette, for example, gained levied status in 1978.

So how can we ensure that these societies are keeping up with the times?

“Students already have the opportunity (to give their input),” says Ketterling. “It’s built into the organization.”

“Students are already members (of CKDU) because they paid the levy,” Lauren explains. “It means they can vote at our general meeting, they can come to our bi-monthly meetings on more internal issues. We have an open house almost every month and people can come check us out, our doors are always open, especially to students.”

It’s a way for students to engage without disrupting the societies’ operations as a whole.

And, in fact, three of the societies: the Loaded Ladle, NSPIRG and South House, include ways to opt-out of the fee in their constitutions.

“Levied societies were targeted with the exact same request in 2008,” says Lauren, “and it was shot down by the council because it is very clear that societies are important to students: to have an outlet, to have a creative place, to have somewhere to go to learn some different skills, to meet different people, to build something outside of their day-to-day classwork — it’s really important to the university to have places like this.”

But it’s likely to come up again, she says. It’s important to ask societies why students should continue to support them, but she doesn’t think a referendum is the right solution.

“To risk the operation of the society itself every few years — I don’t think that’s the most effective way to get those answers.”

Council will debate the referendum at their next meeting on Wednesday Jan. 30. The meeting is open to all students.

Some flu shots still available at pharmacies. Here’s where

Are burnt-out lights on the Common a safety threat?

Resources available to students in distress

Where to go when life becomes overwhelming